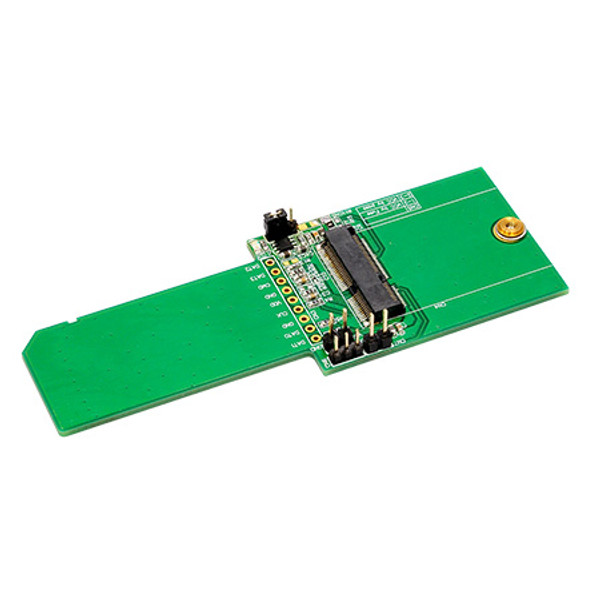 M.2 stands for Next Generation Form Factor which is invented for PCI-SIG by Intel and it is developed for flat and high-efficiency equipment such as Ultrabook™ or Tablet PCs. It is a natural transition from the Mini Card and Half Mini Card to a smaller form factor in both size and volume which supports multiple function add-in cards/modules including: Wi-Fi, Bluetooth, global navigation satellite systems, near field communication, Hybrid digital radio, wireless gigabit alliance (WiGig), wireless wide area network and solid-state storage devices. Also adds functionality to USB 3.0, display Port, SDIO and SSD-PCIe

The EXM2E  is a M.2 SDIO to SD Adapter. You can insert your M.2 SDIO card such as WiFi, Bluetooth, GSM, HSPA(3.5G), GPS, LTE cards to this adapter then plug to SD port.
The EXM2E Adapter has built-in LDO for SD VCC 1.8 supported.

It’s also a powerful tool for engineers, or use for factory test protection.